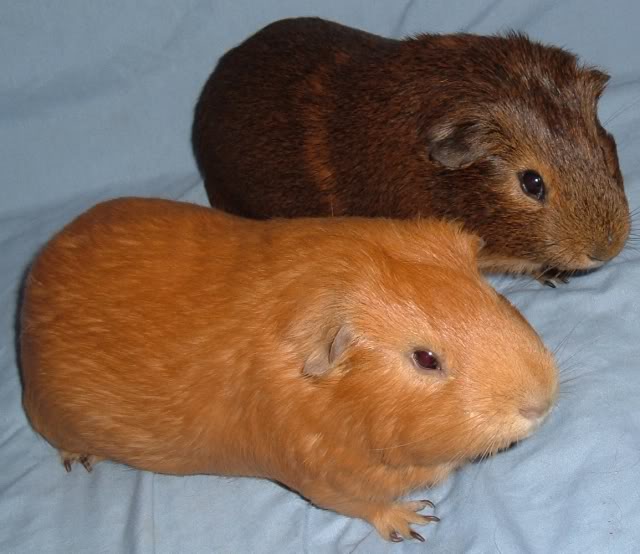 Pets are humanizing. They remind us we have an obligation and responsibility to preserve and nurture and care for all life. —  James Cromwell

Once upon a time, my husband and I had a pet chukar partridge. No, that’s not a punchline. We really did have a partridge. She had escaped being served for dinner in Chinatown and was rescued in front of our apartment by my husband. After Lucky realized that we weren’t going to eat her, she became a gentle, loving pet who would sit on my lap for hours while I ruffled her gorgeous soft feathers.

Over the past quarter century, my husband and I have also had the pleasure of sharing our home with cockatiels, budgies, rescued European starlings, a sun conure and a nanday conure. While cockatiels and budgies (parakeets) are common pets in America and starlings are an invasive species, they are all considered to be “exotics.”

We’ve also kept guinea pigs, which are originally from Peru, and therefore, exotic, too. On December 10, 2010, I adopted a bonded pair of male “piggies” from Petco for $20. The piggies, Ginger and Cocoa, spent every evening sitting on my lap as “we” watched TV. They even had their own blog where they reviewed television shows and movies with a little help from their “mom,” because, as you are no doubt aware, piggies are lousy typists.

Ginger got cancer when he was two years old, and I took him to the veterinarian who literally wrote the book on guinea pig surgery. His surgery and aftercare cost a small fortune. I could easily have purchased a whole colony of guinea pigs for what I spent on his medical care. But that wasn’t an option. Ginger was my “furbaby,” which is an annoyingly cutesy, yet incredibly accurate term for our relationship. Five years later, Ginger is healthy, happy and cancer-free.

The cost of health care for all exotics is astronomical. My nanday conure had a condition that caused his beak to grow extremely fast, so I had to take him to the veterinarian every couple of months to have it trimmed. The most heartbreaking visits to the veterinarian involved two birds which were egg bound, Lucky the partridge and Nikki the sun conure, both of whom were “put to sleep” and died in my arms. Cocoa the guinea pig also had to be put to sleep when he developed severe bladder disease. Needless to say, even though our beloved pets didn’t make it, we had to pay the bill before we left the vet’s office.

While the lifespan for many popular small animals is relatively short, such as five to seven years for a guinea pig, some birds can live for many decades. Our three cockatiels are over 25 years old and they could easily live another five to ten years. It doesn’t cost much to feed them, but there is a huge time commitment. We let them out of their cages twice a day so they can play on the “tree” in our living room and interact with us. Because their care is so specialized, my husband and I can’t take a vacation at the same time.

Ginger the guinea pig’s hay, which makes up the majority of his diet, bedding and pellet food cost approximately $150 every six weeks. We give him fresh vegetables, usually bell peppers, every night, because guinea pigs require vitamin C from a food source. And, as I’ve mentioned, he sits on my lap every night for at least an hour while I pet him and watch TV.

I would be remiss if I didn’t mention that, like children, pets often don’t live up to our expectations. Every single bird that we’ve ever kept was theoretically capable of speech, but not one of them ever said a single human word. We’ve had a number of birds that imitated sounds, such as shuffling cards, typing or video games. One of the starlings imitates every other bird in the apartment, including a couple which are no longer with us. And the cockatiels can whistle melodies that we taught them, such as the “Charge!” song from basketball games, “Pop Goes the Weasel” and an incomplete rendition of Mozart’s “A Little Night Music.” Sadly, I’ve heard of owners who locked their birds in a closet or gave them away when they didn’t speak. We just appreciate them for who they are and how they do choose to communicate with us.

Our pets have brought us boundless joy. I’ve heard baby cockatiels and budgies call for their mothers before they hatched from inside their shells. I’ve held naked hatchlings and told them how beautiful they were. We’ve witnessed the affection that they have for each other and for us.

And we’ve shared their pain when they mourned. A young cockatiel that we adopted walking around our apartment crying, searching for his old family… Our nanday conure Odie, heartbroken, looking for his best friend Bubba the budgie for many months after he died… Anyone privileged enough to witness these incidents would never again question whether animals can feel emotions.

I started writing this post on Valentine’s day, because I wanted to share, not only what we’ve gotten from our pets, but what we give to them. Because, whether you call them pets, companion animals or family members, the humans in the relationship are the ones who bear the responsibility for their well being and happiness.

6 thoughts on “What price love?”