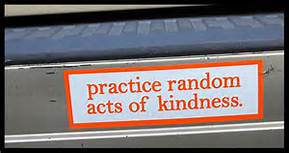 Many years ago, my husband and I had a pet budgie named Bubba who was the most charming creature ever to grace this earth. I fell in love with him when he was a featherless baby the size of a quarter. Because he had been hand fed, he was exceptionally tame and extremely bonded to us. Wherever we were, that’s where Bubba would be. If one of us was sitting on the bed talking on the phone, he would wander into the bedroom, climb up the bedspread and then onto our shoulder. He was our first bird who learned to whistle melodies that we taught him. He imitated kissy noises and video game sounds. He would walk up to a deck of playing cards and make a shuffling sound. He was the quintessential diplomat who won the heart of every human who ever met him and befriended every bird in our flock, even our nanday conure Odie, who could have eaten him in one bite but chose to become his best friend instead.

Then, as creatures always do, Bubba died. When I broke into tears at work, my manager told me to, “Get over it. It was just a bird.”

Evidently, I hadn’t “gotten over it” when one of our vendors, Mike, called me about a project. He asked me what was wrong and I told him. During the course of the conversation, he asked me where I would get a new budgie when I was so inclined.

A short while later he called and said, “I just spoke to the owner of Thirty Third and Bird. He said that he has baby budgies. I bought one for you and you can choose one whenever you are ready.”

Mike’s action was one of the kindest things that anyone has ever done for me. While we were friendly, we weren’t close friends. He already had our company’s business, so he had nothing to gain. He simply recognized that I was in pain and figured out how to alleviate it at least a little bit.

Years later, I was surprised to receive a $20 bill in the mail with a handwritten note that read, “Here’s a little something to sweeten your holiday.” The postmark wasn’t local, but I surmised that someone from my 12-step meeting, who knew that I was unemployed, had found a way to send it to me from upstate New York. I eventually figured out that it was my sponsor, but never thanked her, because she clearly wanted her gift to be anonymous.

The term, “random acts of kindness” was coined by waitress Anne Herbert, who wrote “practice random acts of kindness and senseless acts of beauty” on a place mat. The phrase caught on, slowly at first, appearing on bumper stickers. In 1993, Herbert published Random Kindness & Senseless Acts of Beauty and the concept became a movement. Radio stations across the nation aired feel-good segments promoting the book and sharing local examples of random acts of kindness such as commuters paying for the meal of the person behind them in the drive-thru.

Herbert’s call to foster kindness and compassion was red hot…for a while. But, like most pop culture movements, it died.

Random Acts of Kindness Day was first celebrated in Denver, Colorado, on February 17. In 2004, it spread to New Zealand. And while encouraging random acts of kindness (RAOK) on a specific day is undoubtedly a good thing, people evidently do nice things for others on the other 364 days of the year — and they may not even think of them as RAOK’s.

I recently saw a picture of a picture of a wrought iron fence with dozens of scarves tied on it. Each scarf had a tag that said, ” “I am not lost! If you’re stuck out in the cold, take this scarf to keep warm.” Evidently, this was not an isolated incident. It’s called “scarf bombing,” and it’s spreading to chilly climes nationwide.

Some RAOK’s aren’t as cozy, but they are every bit as well-intentioned. Northeast Ohio Rocks paints everyday rocks with whimsical designs and hides them for others to find.

RAOK’s don’t need to be grandiose, costly or premeditated. As a brief article on Oprah.com said, “One small, thoughtful gesture can make someone else’s day…” Here are their ideas:

1. Say “Good morning” to a person standing next to you in the elevator.

2. Pay the toll for the driver behind you.

3. Take a minute to direct someone who is lost, even though you’re rushing.

4. Write a letter to a child who could use some extra attention. Kids love getting mail.

5. Offer to pick up groceries for an elderly neighbor, especially in extreme weather.

6. Give a homeless person your doggie bag.

8. Put a coin in an expired meter.

9. Help a mother carry her baby stroller up the subway stairs, or hold a door open for her.

10. Each time you get a new item of clothing, give away something old.

15. When you’re on a crowded train or bus, offer your seat to an elderly, disabled or pregnant person.

One of my favorite RAOK’s is to leave books that I’ve finished and know that I will never reread in a public place for someone else to find. This seems to be a “New York thing,” but it may well be an “urban thing.” One bright, sunshiny day I left a book on a wall in a neighborhood with lots of foot traffic. That afternoon I found a book that someone had left on the steps of a brownstone. I hope that my book made its finder as happy as the one that I found made me.

15 thoughts on “Random Acts of Kindness”